The operating voltage of the single battery is as high as 3.7-3.8V ( the lithium iron phosphate is 3.2V), which is 3 times that of Ni-Cd and Ni-MH batteries.

As the predecessor of Li-ion, the lithium battery has a short circuit due to the formation of dendrites, which reduces its application fields: Li-ion does not contain cadmium, lead, mercury and other elements that pollute the environment; one of the major drawbacks of Ni-Cd batteries with some processes (such as sintered type) is the "memory effect", which severely restricts the use of batteries, but Li-ion does not have this problem at all.

The working temperature is -20~60°C. With the improvement of electrolyte and positive electrode, it is expected to expand to -40~70°C.

Once the vent and diaphragm are activated, the battery will permanently fail.

Lithium is the smallest and most active metal on the chemical periodic table. Because of its small size and high capacity density, it is widely welcomed by consumers and engineers. However, the chemical properties are too active, which brings extremely high risks. When lithium metal is exposed to the air, it will violently oxidize with oxygen and explode. In order to improve safety and voltage, scientists invented materials such as graphite and lithium cobalt oxide to store lithium atoms. The molecular structure of these materials forms a small nanometre-scale storage cell that can be used to store lithium atoms. In this way, even if the battery shell ruptures and oxygen enters, the oxygen molecules will be too large to enter these small storage cells, so that lithium atoms will not come into contact with oxygen and avoid explosion.

This principle of lithium ion battery pack enables people to achieve the goal of safety while obtaining its high capacity density. When a lithium-ion battery is charged, the lithium atoms in the positive electrode lose electrons and are oxidized to lithium ions. Lithium ions swim to the negative electrode through the electrolyte, enter the storage cell of the negative electrode, and obtain an electron, which is reduced to lithium atoms. When discharging, the whole procedure is reversed. In order to prevent the battery's positive and negative electrodes from directly touching and short-circuiting, a diaphragm paper with many pores is added to the battery. A good diaphragm paper can also automatically close the pores when the battery temperature is too high, so that lithium ions cannot pass through, so as to lose effect and prevent danger. 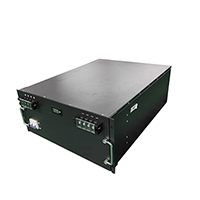 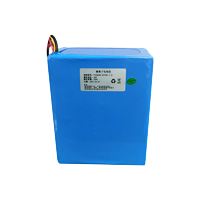 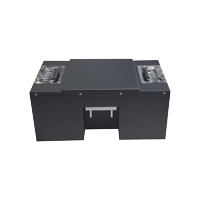