What Are the Characteristics of Lithium Batteries?

Lithium battery is a kind of battery that uses lithium metal or lithium alloy as positive/negative electrode material and uses non-aqueous electrolyte solution. In 1912, the lithium metal battery was first proposed and studied by Gilbert N. Lewis. In the 1970s, M. S. Whittingham proposed and began to study lithium-ion batteries. Due to the very active chemical properties of lithium metal, the processing, storage and use of lithium metal have very high environmental requirements. With the development of science and technology, lithium batteries have become the mainstream. Lithium batteries were first used in pacemakers. Lithium-ion batteries have the advantages of extremely low self-discharge rate and flat discharge voltage, so that the pacemaker implanted in the human body can operate for a long time without recharging. Lithium batteries generally have a nominal voltage higher than 3.0 volts and are more suitable for integrated circuit power supplies.

Ⅱ. The characteristics of lithium batteries

2. High voltage, the voltage of single-cell lithium battery is 3.6V, which is equal to the series voltage of 3 nickel-cadmium or nickel-hydrogen rechargeable batteries.

3. Small self-discharge can be stored for a long time, which is the most prominent advantage of this battery.

5. Long life. Under normal working conditions, the number of charge/discharge cycles of lithium batteries is much greater than 500.

6. The lithium battery can be charged quickly. Lithium batteries can usually be charged with a current of 0.5 to 1 times the capacity, reducing the charging time to 1 to 2 hours.

7. Lithium batteries can be used in parallel at will.

8. Since the battery does not contain heavy metal elements such as cadmium, lead, and mercury, it has no pollution to the environment and is the most advanced green battery in contemporary times. 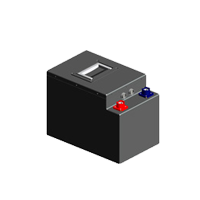 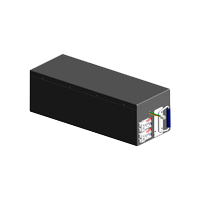